The Armenian Little Singers International Association is pleased to announce the 4th Choral Composition Competition 2020 (ALSCCC). The aim of the competition is to promote the creation of a new choral repertoire for children’s choirs. 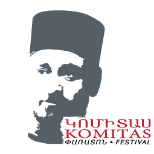 The final round of 4th ALS Choral Composition Competition will take place on October 18, 2021, at 7 pm at Komitas chamber music hall.

These compositions will be performed by the Little Singers of Armenia choir on the final concert in Yerevan at Komitas Chamber Music hall.

Awards will be announced at the end of the concert.

I and II prize winners will be selected by the international jury.

Audience Award will be given to composition with audience majority votes.

The jury members of the I round competition are:

1. Andrea Angelini  (Italy) is a choir conductor, pianist, organist, journalist and choral organizer. He is the Artistic Director and Conductor of  Musica Ficta Vocal Ensemble, the artistic director of the Rimini International Choral Competition, of the Claudio Monteverdi Choral Competition and of the Queen of the Adriatic Sea Choral Festival and Competition and of the Liviu Borlan Choral Festival.  He is  President of AERCO.
2.  Arthur Aharonian (France) is a composer, pianist, laureate of International competitions, professor of Paris Darius Milhaud Conservatory. He is a member of the Composers Union of Armenia and the Society of Authors, Composers and Publishers of Music of France.
3.  Damijan Močnik (Slovenia)  is a music teacher, conductor and artistic leader of musical activities at the Diocesan Classical Gymnasium of St. Stanislav's In­stitution in Ljubljana. He is also the founder and artistic leader of the Slo­vene Children's Choir. He is professor at the Music Academy in Ljubljana.
4. Davit Haladjian (Switzerland) is a composer, conductor and a music teacher. He is the conductor of Ananun choir. Haladjian is also the Choir Director of the Pfäffikon Catholic Church Choir. David Haladjian currently teaches piano at the MS Zumikon and at the JMS city of Zurich.

5. Jennifer Tham  (Singapore)  is a composer-conductor. She has worked with choirs of all ages and abilities in performances and clinics around the world. She has organised symposia and seminars for choral pedagogues, serves on international juries, and teaches foundation courses on choral leadership and choir-building.
6.Oscar Escalada  (Argentina)    is professor, composer, conductor, writer and editor of choral music. He is President of the Argentine Association for Choral Music “America Cantat” (AAMCANT); President of the America Cantat Organization (OAC) and member of the Board of Directors of the International Federation for Choral Music (IFCM).
7.Tigran Hekekyan (Armenia) is a conductor, professor at Yerevan State Conservatory and Headmaster of Sayat-Nova School of Music.  He is the founder and artistic director of the Little Singers of Armenia choir and  president of Armenian Little Singers International Association. Mr.Hekekyan is founder and president of  Komitas  Internatinoal Festival.
8.Vahram Sargsyan (Canada) a composer, conductor, and experimental vocalist based. His several dozen original compositions and arrangements have been widely performed in Europe, Asia and North America. He is active also as a lecturer and workshop leader.

By the results of the first Round of ALSCCC no composition has received the required amount of votes.The organizing  committee  of the competition has decided to  organize additional session among 7 compositions, which received relatively high points.

Results of the Extra Sesseion will be announced on March 15.

Second prize - composition “From tsy to tsy” by Anna Hakobjanyan

Jury members of the previous competitions